Purchase $30 of to go or dine in food and receive a free growler of Naughty Nurse to go! 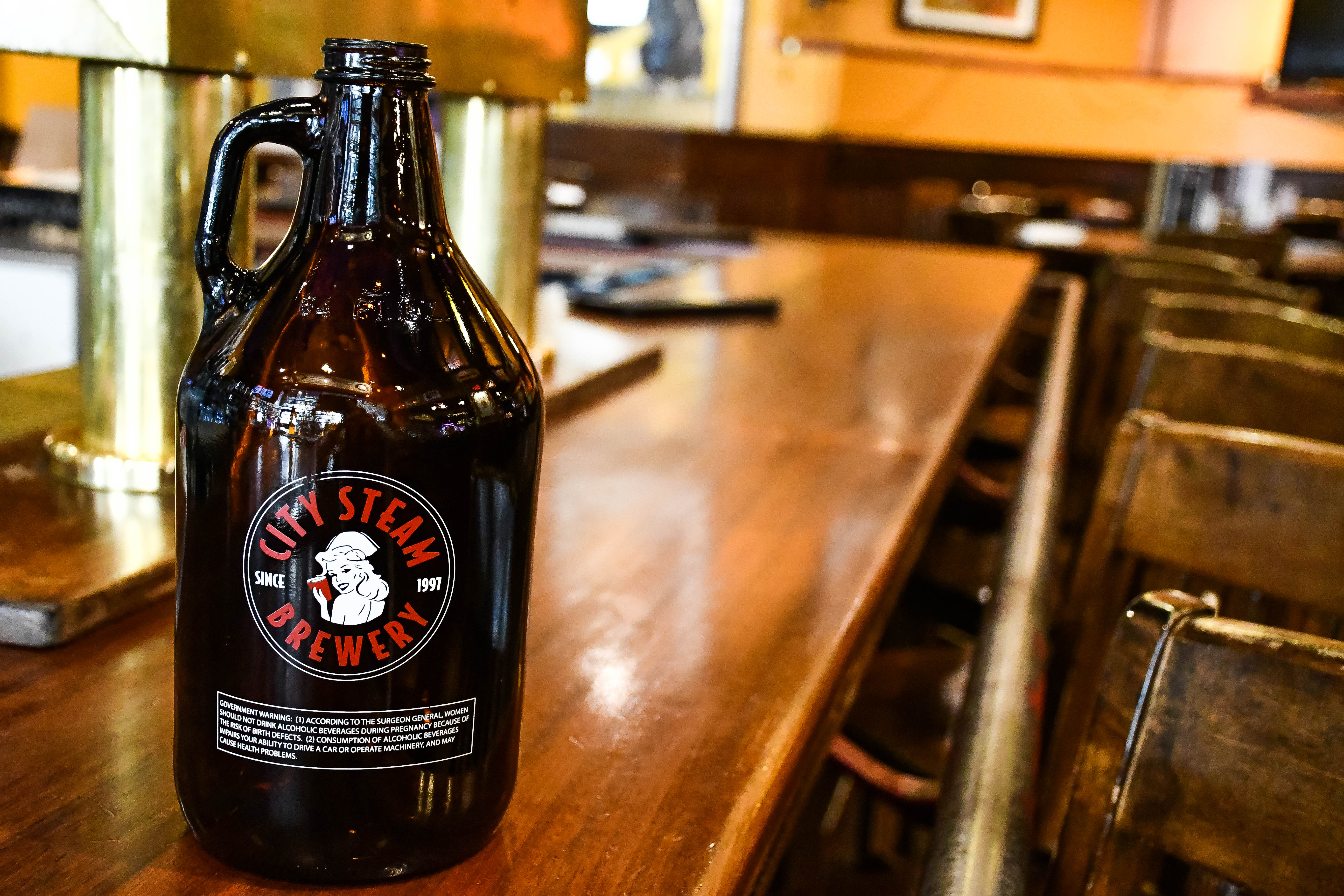 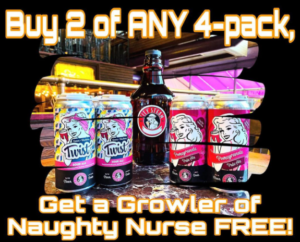 THIS THURSDAY-SUNDAY, buy 2 of ANY 4-pack, and receive a FREE 64oz growler of Naughty Nurse Amber Ale!

We’re brewing up something special for our Naughty Nurse line of beers. Keep checking back for more clues on what we’re crafting and be sure to stop into the brewery on December 17th for the release! 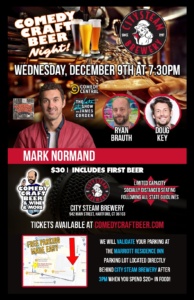 Full menu and full bar are available during the show.
Your ticket price includes a COMPLIMENTARY pint of handcrafted beer of your choice, and FREE PARKING in the Marriott Residence Inn parking lot located right behind our building (121 Market Street, Hartford, CT).

Tonight’s show features:
Kelly MacFarland
Comedy Central | NBC Last Comic Standing | The View
Marty Caproni
Sharpe Tongue Podcast | Sirius/XM | Laugh Boston
Jon Tillson
Boston Comedy Festival
Purchase Tickets Here
Phase out of quarantine and enjoy a safe, socially distant, comedy show at City Steam Brewery. The show will take place indoors. Capacity is limited and tables will be socially distanced. All public areas will be cleaned, wiped, and sanitized regularly as per state mandate. COME EARLY to get your seats and enjoy some beer and food before the show.
The Comedy Craft Beer Tour brings the best of Northeast comedy to local breweries, wineries, and any other venue that serves alcohol throughout New England and beyond for an evening that keeps the drinks flowing, and the laughs coming. This tour has been doing shows in Connecticut, New York, Rhode Island, Massachusetts, Maryland, for 3+ years, adding more, and more venues each year.
Our comics have done comedy all over the globe and now bring their experiences to some of the best local venues around for an intimate evening of laughs, drinks, food, and fun. We provide the absolute funniest comedy around, featuring comics w/ television and movie credits, who perform at the major clubs and festivals throughout the country, and are some of the brightest stars of today and tomorrow.All you need to do is get your tickets and join us for a show.
**1st Glass of BEER is included & full bar / menu are available during the show**

Welcome to WordPress. This is your first post. Edit or delete it, then start blogging!

It’s amazing how many wineries, distilleries and, especially, breweries have sprouted up in Connecticut since City Steam Brewery Café opened for business 20 years ago. But City Steam remains vital, its restaurant/comedy club more popular than ever, its beers received enthusiastically not just on the premises, where the audience is captive, but across the state.